ONCE THE MEETING TIME IS OVER, THE VIDEO CALL WILL DISCONNECT AUTOMATICALLY. (VIRTUAL)

AN INTUITIVE VIDEO CALL INTERFACE WITH THE EVENT LOGO THAT WORKS DIRECTLY ON THE BROWSER ITSELF. (VIRTUAL)

SUPPORTS GLOBAL TIMEZONE, THUS ENABLING DELEGATES TO VIEW THE EXACT TIME OF THE MEETING FOR THEMSELVES AND THE OTHER REPRESENTATIVE. (VIRTUAL)

WFG 20th Annual Conference during May 2011.
The general feedback from our delegates was that the scheduler was easy to use and better with the cancel button being on the main page. The only negative point was that they were unable to print their schedules after the scheduler had closed. From an admin point of view I found the scheduler easy to use. Amit was very helpful and answered all my queries quickly and efficiently

IFLN Network 18th Membership Conference during Apr 2011.
The system is user friendly for both: admin and user, the look is professional. Being a first time user, there were few features that need to be adjusted to our needs, which were all addressed promptly and appropriately. We are very pleased with the personalized assistant we received

WFP Annual Meeting during Feb 2011.
We had some 'teething' problems but these were solved quickly and efficiently in the most part and feedback from our delegates was mostly very positive

2011, 7th AGM Montreal during Sep 2011
it was a successful meeting and your software is very good.I think that it was fantastic this year and with some fine tuning would be a lot better now we have used it

CTN Group AGM 2011 during Sep 2011.
Thanks so much for your wonderful software.In preparation for next year, our conference will be Mid October in Germany and we will use your software again

1st International Freight Forwarders & Logistics Cooperation Forum during Sep 2011.
It is quite easier to use than other. Conference attendees would like to check all the countries, cities and main contact persons so that they would like to choose right partners to meet

2nd GLW International Freight & Logistics Conference during Oct 2012.
The one to one meeting scheduler is easiest software I have used it. I like it very much. Almost instant reply to my question is very efficient

PLN 2nd Annual Conference 2012 during Oct 2012
The one to one meeting scheduler was great! We will surely be using this system on our future Conference/s. and I believe this is a good platform to integrate this software like Integrate it with an email schedule so that they would get an prompt on each and every schedule who have their email calendar integrated in their smart phones

2012 8th AGM during Oct 2012.
Great system. It worked very well and makes the scheduling our meetings so much easier and more accurate

1st CONQUEROR Annual Meeting 2012 during May 2012.
We very much appreciated the time given to our specific scheduler. All issues were solved promptly and efficiently. We will definitely be continuing to use 1to1 scheduler in all our future annual meetings

IFLN Network 19th Membership Conference`` during May 2012.
This is the second year that we use the system and we are quite pleased with the outcomes. Once again, our gratitude goes to Amit for the effort he puts forth to ensure the system fits our needs and contributes to the success of our annual events. Thanks Amit!!

GLF Annual Meeting `` during May 2012.
One to One Scheduler worked extremely well and the service was fantastic too, Thank you.Sam

WFG 21st Annual Conference`` during Apr 2012.
The one to one scheduler worked well this year for our delegates especially as they were able to print their meeting reports after the scheduler was closed (a feature that was not available last year)

1st Spider Freight Network Summit`` during May 2012.
Thank you very much for your help.It made the summit successful and much easier for us to plan!!!! Thanks a lot Greetings Jens

GLA Annual General Meeting 2012`` during Mar 2012.
We used the One2One meeting scheduler for the first time this year during our AGM and we were very pleased with it. The reactions of the users were very positive, some persons needed more assistance when scheduling the meetings but to me it is very userfriendly. I was also very pleased with the assistance of Amit who helped me with the set up and advice and did a very good job. Thank you again Amit! With kind regards, Maureen Leeuwenburgh, Executive Director Global Logistics Associates (GLA)

WFP Annual Meeting 2012`` during Mar 2012.
Positive feedback from delegates - only problem was that some members were unable to book their own meetings (server compatibility issue?) and we had to book on their behalf. 'Select Member' system worked well for companies sending more than one delegate meaning that less people had to move around the room

Worldwide 3PL Network: 1st Annual Conference during Sep 2013.
After using it for many times we find it very easy and useful. We shall be keep on using it if scheduler keeps on optimizing to make it more beautiful. However, it is serving the need. Thanks!!

2013 9th AGM Kaula Lumpur Malaysia during Oct 2013
Been an excellant meeting once again!

GLA Annual General Meeting 2014`` during Mar 2014.
We are happy to use the One2One Scheduler for another year and we very much appreciate the professional and swift assistance from Amit.

IFA event 2014`` during May 2014.
All went well again with the scheduler . Thanks for your support and will contact you september 2014 for openeing new scheduler for our next meeting 17-19th oct . (istanbul) 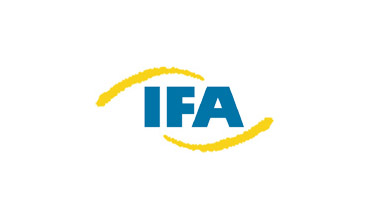 One2One Meeting Scheduler Software is given on rent to event organizers on a per-event basis.

one2one scheduler comes with the set-up and active support during the whole usage period. Please get in touch with us at: [email protected] with your event details, and we will provide the instant quotation per your requirement.

PPL - The Power of Networking

Let's get in touch

Give us a call or drop by anytime, we endeavour to answer all enquiries within 24 hours on business days.

If you want to get a free consultation without any obligations, fill in the form below and we'll get in touch with you.
+91-9993053695
[email protected]
We use cookies on our website to give you the most relevant experience by remembering your preferences and repeat visits. By clicking “Accept All”, you consent to the use of ALL the cookies. However, you may visit "Cookie Settings" to provide a controlled consent.
Cookie SettingsAccept All
Manage consent

This website uses cookies to improve your experience while you navigate through the website. Out of these, the cookies that are categorized as necessary are stored on your browser as they are essential for the working of basic functionalities of the website. We also use third-party cookies that help us analyze and understand how you use this website. These cookies will be stored in your browser only with your consent. You also have the option to opt-out of these cookies. But opting out of some of these cookies may affect your browsing experience.
Necessary Always Enabled
Necessary cookies are absolutely essential for the website to function properly. These cookies ensure basic functionalities and security features of the website, anonymously.
Functional
Functional cookies help to perform certain functionalities like sharing the content of the website on social media platforms, collect feedbacks, and other third-party features.
Performance
Performance cookies are used to understand and analyze the key performance indexes of the website which helps in delivering a better user experience for the visitors.
Analytics
Analytical cookies are used to understand how visitors interact with the website. These cookies help provide information on metrics the number of visitors, bounce rate, traffic source, etc.
Advertisement
Advertisement cookies are used to provide visitors with relevant ads and marketing campaigns. These cookies track visitors across websites and collect information to provide customized ads.
Others
Other uncategorized cookies are those that are being analyzed and have not been classified into a category as yet.
SAVE & ACCEPT